The Under Water Pets team loves fish and all other creatures that live below the water surface with them.  Through trial, error, and a good bit of research we continue to recreate many of these underwater environments for ourselves to enjoy.  We also love sharing what we have learned with others who also enjoy aquariums.  Our goal is to provide information that can help our readers to grow their love for the hobby and build thriving under water environments.

If you would have told me a couple years ago that I would be a saltwater tank enthusiast, I would have looked at you like you had three heads. We had always talked about “one day” turning our freshwater tank into a saltwater tank, but we actually were crazy enough to do it.

When we moved to our new house, we converted our 180-gallon tank into a beautiful underwater world. By the way, when I say freshwater tank, I really mean, a bunch of water, a bunch of rocks and one African cichlid; the cichlid has since found a new home in a smaller tank and is still with us. He didn’t REALLY need 180 gallons of water.

“By the way, when I say freshwater tank, I really mean, a bunch of water, a bunch of rocks and one African cichlid”

What’s even crazier is it was the best pets we could have after my years of complaining about wanting to get a dog.  Don’t get me wrong, you can’t pet a fish, however after a full day of ripping and running at work, it brings a calm, serene feeling that you can’t necessarily get with other pets.  The sounds of the water are so peaceful and I often find that I watch my aquarium more than watching TV or movies. 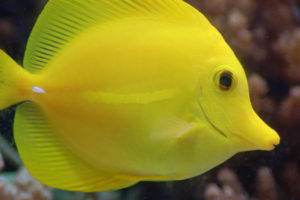 So, that brings me to the “why” I am rambling on about how much I love my reef tank.

I found that when I first dove in to this adventure with our saltwater tank, I would often find that I would try and research different fish, or type of corals, or even how to keep my tank healthy and there would be forums. Forums everywhere, sometimes you would find a website, but you are always guaranteed to find a forum. 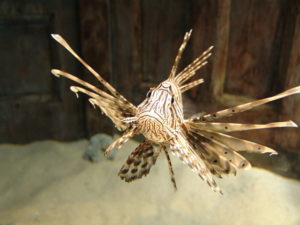 And let’s face it, how many stores are local to where you can ask some of these questions.

Thankfully, we did have a local store that helped us tremendously when we were starting out, but that doesn’t mean that storefront fish stores are as common as finding a Target.

I decided that it would be beneficial to have some of the information that I have researched or experienced myself in one convenient place to hopefully help aquarium enthusiasts with their adventures diving in to a saltwater tank.

I have had an aquarium in some fashion for the past 20 + years.  For much of that time, I had multiple aquariums.  I am telling my age here but I got my first aquarium at around 15.  Nothing fancy, I think it was only 10 gallons and I had a few department store fish in it. 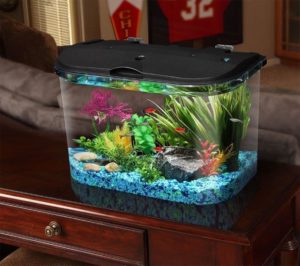 I wasn’t hooked though.  When I was 16 and a friend of mine was getting rid of his 55 gallon.  They let me have it free of charge.  We loaded it in the back of my truck and hauled it to the house.  I cleared off a plastic shelf to make a stand and filled it full of water hoping if it already had fish in it my parents wouldn’t make me get rid of it.

Luckily they didn’t and from that point on I was hooked.  That 55 gallon went through tons of setups.  One of those setups included a terrarium layout for a salamander I (shaking my head to admit this) thought because the sticker at the store said so; was a rope fish.  Hey it was still in its tadpole stage and I am guessing whoever was stocking inventory didn’t know what they were.

The truth is though I loved that store and for about the next 10 years until they shut down, Aquamain (the local fish shop) was a weekly stop just to walk around and look.

I gradually moved on to planted tanks and cichlid tanks.  At one point I had a 45gallon in the living room of my apartment with my grown cichlids and about 5 other tanks in the back room because they were breeding like crazy.  At one point I think I had a couple hundred fish and considered starting my own breeding company.  I know some of you have been there. 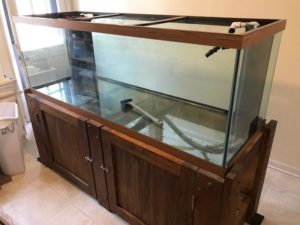 I eventually jumped up to a 180 gallon and was finally ready to jump into salt water.  I set it up, my dad made me come promise to come pick him up when it was cycled so he could buy the first fish that went in it.  Which, ended up being a pair of clowns. 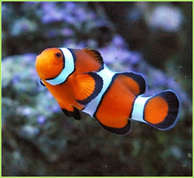 The tank lasted a little over a year. I had a budding reef when disaster struck.  We had a terrible ice storm that knocked out power in half the city for a few days.  I had tanks for years at that point, but I never thought of needing a generator for my tank.  Needless to say several days with no heat, and no water movement and everything died.  I tried to keep the kerosene heater near it and use buckets to stir the water around.  It just didn’t work. 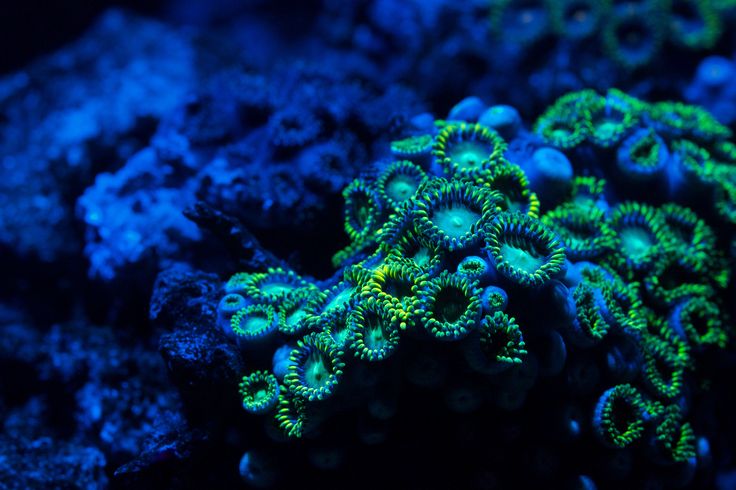 I couldn’t bring myself to set it back up. For the next couple of years I just had my 45g cichlid.  The 180 was moved to the garage until it got moved to a new garage, until it got moved again.  At this point all of my friends told me they would never help me move the beast again.  It was actually a running joke for a while.

I finally set the 180 back up as a massive cichlid tank.  I kept the tank for years with just a couple cichlids in it.  Most of my friends always gave me a hard time because I had such a big tank with just a couple small fish but the fish were happy. 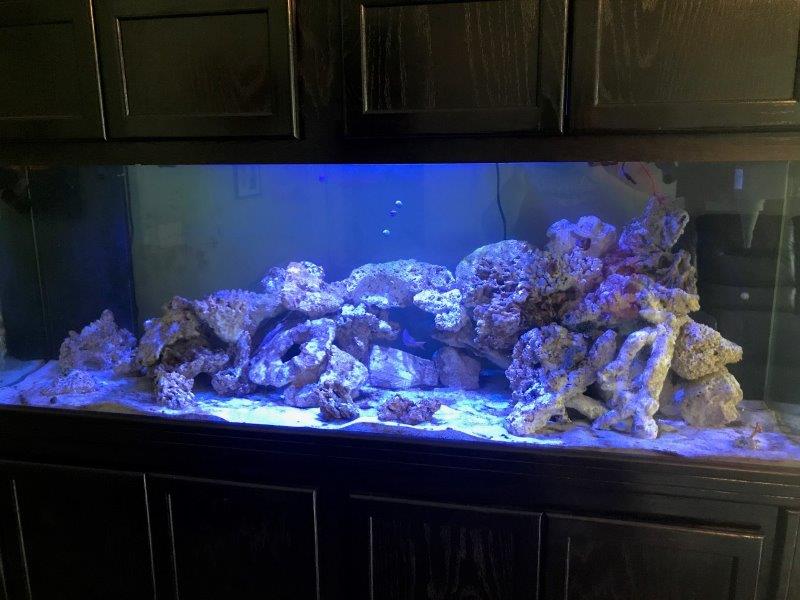 The last time we moved we decided it was time to either get rid of the tank or do it right.  I couldn’t bear the thought of getting rid of the tank.  I also knew none of my friends would help move it.  So… we opted to buy a new stand and canopy, hire a local store to deliver the stand and to pick up the glass and do the initial setup.  We then started to build our reef from there.

This is when Jess got hooked and began doing nonstop research.  It was all she talked about.  This site grew from those conversations.  It is our way to consolidate all the things we have learned over the years with our experience and to share them with the aquarium enthusiast community.